It was on a summer’s night back in 1908 that five tramway workers along with a longshoreman sat down at the Sons of Temperance Hall on Cornwallis Street and discussed joining a union. On July 8 of the same year, Local 508 of the Amalgamated Association of Street, Electric Railway and Motor Coach Employees of America was sanctioned, with the endorsement of the International Office located in Washington. We’ve been safely moving the residents of Halifax, Dartmouth and surrounding areas for 112 years.

In 1979 an amalgamation saw the Dartmouth Transit employees become Halifax Transit Corporation employees. In 1981 the Burnside garage became home to all operations and maintenance staff. It was the first time our full membership all worked under one roof. In 1994 our Local grew when Halifax Transit Ferry workers came into our family. Two short years later after the amalgamation of Halifax/Dartmouth, Access A Bus and Community Transit joined our membership. Local 508 represent all Halifax Transit Bus, Ferry, Maintenance, Receiver’s office and Access A Bus inside staff. The members of Local 508 are the economic engine that moves HRM and we take pride in delivering the largest public transit system east of Montreal. 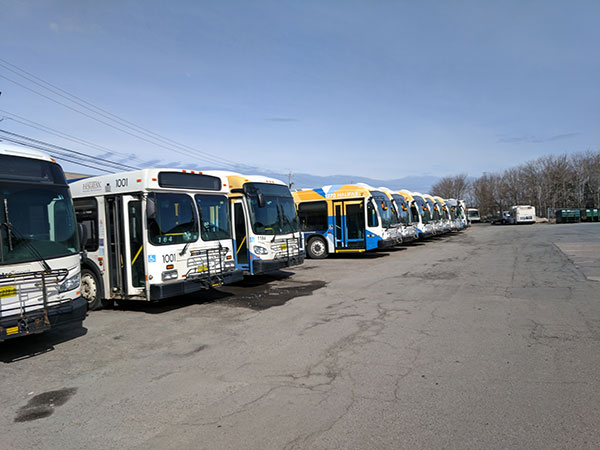 ATU Local 508 continues to work through all the different challenges related to COIVD-19 and how it relates to all members of ATU508. Please continue to follow our tweets and Facebook posts for daily updates.